< Previous: The Challenge of Standardisation

Podcasts are monetized in a few ways globally. Larger media companies with internal podcast teams tend to drive listenership from within their existing channels, and monetize through existing brand partnerships. Podcast-first companies use monetization models that are split between advertising and branded shows, or live events.

However, individual shows, which are the dominant podcast type worldwide, monetize primarily through ad sponsorships and/or listener donations. In the region, this is an area that has been an on-going challenge for all podcast producers.

In the US alone, the podcast ad industry generated US$628 million dollar in advertising revenues during calendar year 2018, and is expected to exceed US$1 billion dollars by 2021, according to a study conducted by the Interactive Advertising Bureau (IAB) and PwC.

As already highlighted, there is a disconnect between locally produced content and local listenership, which naturally affects the ability of local podcasts to effectively garner listeners and in turn, consistent sponsorships. This leads to brands being generally apprehensive about measurable return-on-investment for marketing dollars through podcasting. We expect 2020 to see some progress in this region as more companies start to push through this barrier and work towards brand buy-in.

As a content network ourselves, we’ve adopted different models to monetize our shows so far. And we’re still testing these models. At the moment, our only learnings are what’s been done globally, and even that’s not enough. So we’re R-and-D’ing this stuff ourselves.”
Omar Tom
Founder, Dukkan Media

Many platforms have attempted to approach monetization themselves in a few different ways. Hosts such as PodBean also offer an option for marketers to buy ads with podcasts who sign-up, while independent companies such as Midroll provide a marketplace to match podcasters with advertisers. Others such as Stitcher or new-entrant Luminary are looking to create a Netflix-like model of subscriptions to access content behind a paywall. Although Luminary's offering was celebrated at launch, starting out with a healthy US$100,000 in funding in 2019, it was soon marred by controversy around the questions of ownership of Luminary’s revenue model. Concerns stemmed from the fact that podcasters had not explicitly agreed to be on their platform and were not provided a share for being featured when they were not in a formal partnership with Luminary.

In mature markets, it is widely understood that downloads typically mean ‘the number of unique listens garnered with 30 days of episode release’. But locally, there is no way to report this data accurately or to explore the reliability of existing data.

Perhaps the space is now ripe for a similar marketplace for regional shows, or a platform to receive listener donations. Exploring the difficulties of using external services such as Patreon to collect payments from listeners, or crowdsourcing platforms are outside of the scope of this report. However, contrary to what may be expected about local listeners, over half of the respondents of our survey indicated a willingness to pay up to US$5 for additional content from podcasts they were interested in.

Next: The Case for Brands in Podcasts 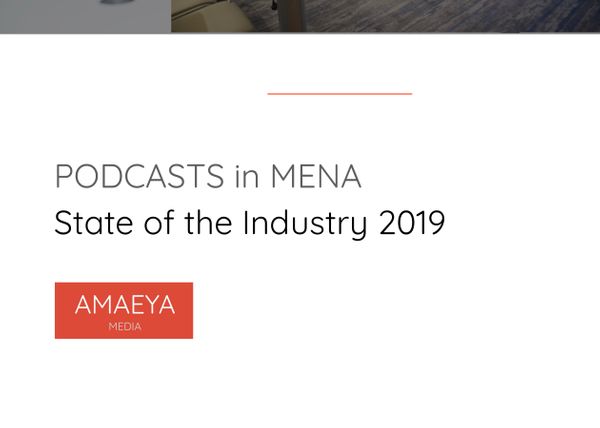 Note from the CEO