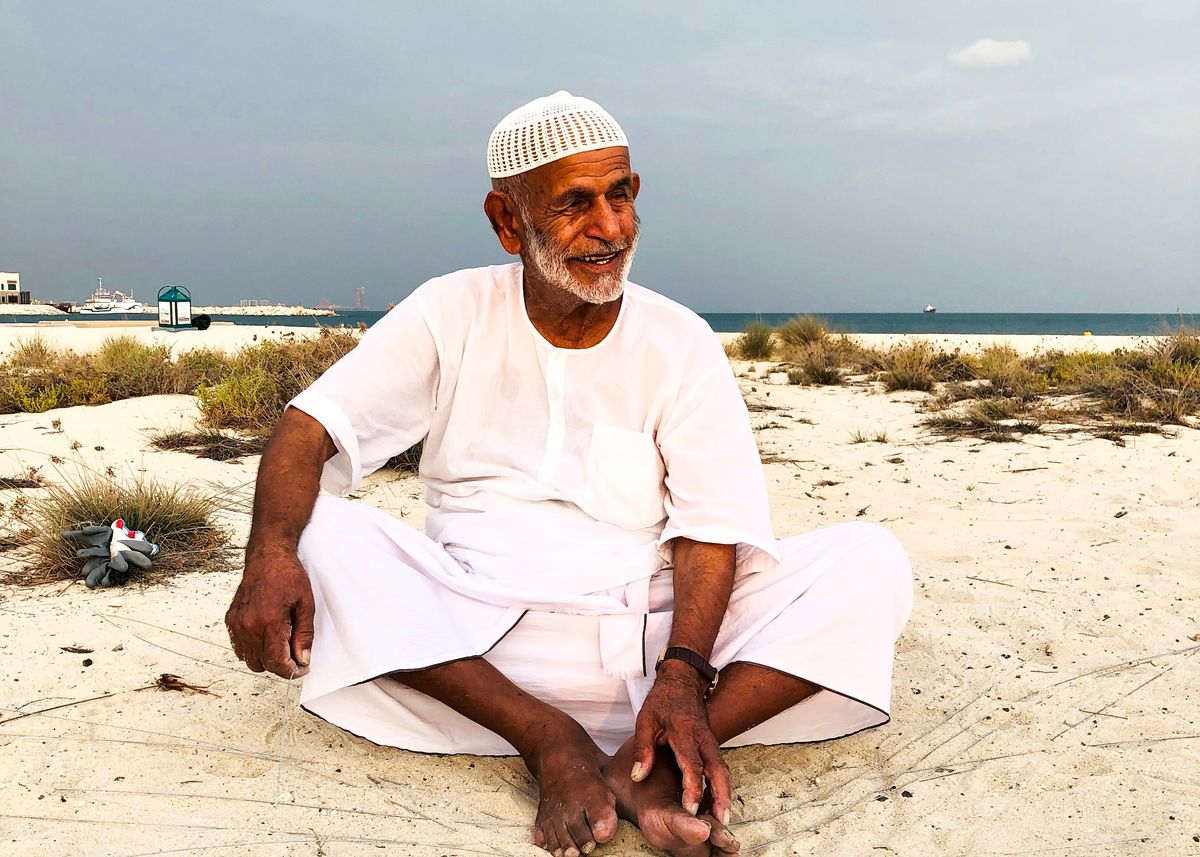 For hundreds, maybe thousands of years, pearls and the sea were a very big part of people’s lives in the Gulf region. The pearl shaped the economy and the identity of the people. Language, songs, clothing and travel were all part of the culture of diving for pearls.

Some people got very rich off pearl diving, while others did hard and dangerous work for little or no pay. By the early 20th century, the Gulf region supplied up to 80% of the world’s pearls. But then a lot happened in the world, including the Japanese invention of cultured pearls, and the discovery of oil in the Middle East. This brought the pearl diving days to an end.

Luckily there are still people who hold the secrets and carry on the traditions of the Gulf pearl. Listen as Salem Al Roum, a poet and former pearl diver; Hasan Hujairi, a composer, historian and expert on pearl diving music; and Abdullah Al Suwaidi, a modern day pearl diver committed to continuing the pearling tradition TELL US MORE.

The pearl diving songs that Hasan Hujairi shared with were recorded in the 1970s by a Dutch archaeologist living and working in Bahrain. You can find these songs and more on the album Bahrain: Fidjeri: Songs of the Pearl Divers.

We highly recommend a trip to Suwaidi Pearls! Information on how to visit the farm can be found here.

This episode of TELL ME MORE was brought to you by Amaeya Media. It was produced and edited by Liz McEnaney and hosted by Spatika and Liz. Our fantastic music is composed by Daniel Belquer.

A big thank you to Salem Al Roum, Hasan Hujari, and Abdullah Al Suwaidi for giving us time. And to Salama Ahmed and Khalifa Al Roum for helping with translation. They’re very important people and we’re grateful to them.

Summer in Dubai is intense with relentless humidity and temperatures soaring close to 50°C (122°F). How did people stay cool before air conditioning? We had heard about barjeels – traditional wind towers – but we didn’t quite know how they worked, or if they were still used today. So,
What’s a forest of ghaf trees called? Are ghaf leaves and pods edible? What do ghaf trees have to do with tree huggers? What might you find if you dig around ghaf trees? This episode is dedicated to the ghaf tree, the national tree of the UAE and a
As summer approaches in Dubai, all we can think about is staying indoors and having fun. So, during this episode we look at Sindbad’s Wonderland -- an indoor arcade paradise at Al Ghurair Centre for Dubai kids in the 1980s and 1990s. Spatika and Liz never had the chance